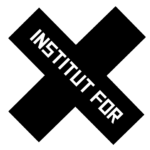 Pantropical is proud to present a last minute show in Aarhus, featuring traditional ritualistic music and contemporary improvisation from Indonesia.

Teguh Permana, from Bandung Indonesia, is a master of the Tarawangsa music tradition. His solo set this night is based on the Tarawangsa - a form of sacred music related to Indonesia's second most populous ethnic group, the Sundanese people of West Java. The music is usually performed in the context of harvest rituals.

Teguh has been studying the music with the old masters of Rancakalong, a village in an area east of Bandung where this ritual context is still a living tradition. He will be playing the Tarawangsa (like its namesake genre); a traditional Sundanese musical instrument that is best described as a two-stringed bowed lute.
Together with Azah Sastra, he formed Tarawangsawelas, the duo that is known for their excellent 'Wanci' album released in 2017 on Rabih Beaini's Morphine records. They create a unique, contemporary vision of the Tarawangsa.

➜ About pantropical: | linktr.ee/pantropical
Pantropical is a frenzied concert/club series and online platform with roots in Rotterdam, The Netherlands. We focus on rough-edged tropical music, contemporary (club) music, and outré rural folklore. Pantropical balances the new with the trailblazers of old, seeking out authenticity and new movements. Pantropical has been organising and promoting a wide range of events locally, nationally and internationally.... See MoreSee Less

Hey, beautiful people. <3
This is Wa Waw Fest.
A celebration of love for togetherness.
Come and enjoy one colorful summer day, full of music, dance, and artistic performances transforming into magical joint collaborations.
With native traditional food cooked over a fire, and an open-air bar we look forward to having you join the fun.

Look forward to a lineup of local artists, full of groovy themes exploring the full spectrum of human feelings.
We look forward to hosting a few local dance groups.
Open stage for improvisation, in the later evening.

Line up, and a brief program of the day coming soon! Keep an eye on the discussion section.

GRATIS ENTRANCÉ,
Come fresh
The project is coming to be thanks to the voluntary work of many!
Please support our community, and make use of the provided bar!

The event is supported by;
Institut for (X)
PUKK
Music City Aarhus

Nebula at Institut for (X)

Nebula is a line of events celebrating the unknown, the art of Improvisation. With focus on bringing together musicians from different walks of life, and by equalizing the premis for which they enter the concept of Nebula - we are trying to bring together not only musicians of different kind, but audiences as well though 100% improvisation. With only a few years on the scene, we've already managed to outline the importance of spaces like this. And it makes us proud to announce the second official Nebula concert in Århus since COVID-19 became a reality.
At this second edition, we've again teamed up with the local jazz crew Sun Ship who's been putting Århus on the map for over 10 years. Also this will be one of many contributions to making Aarhus the Music City we know it is.

Øyunn a.k.a. Siv Øyunn Kjenstad is a drummer, artist, actress and composer, who makes free, honest, expressive alternative pop where she sings, raps, plays drums and synths. As a drummer, she plays easily across many genres such as jazz, alternative pop/rock, contemporary and improvised music and electronica. In the different musical expressions, she brings her personal, warm sound, creative and spontaneous approach. She is recognized by many for her characteristic, steady groove and the ability to listen and play with her co-musicians in an expressive, dynamic and organic way.
Please visit www.sivoyunn.com for more info.

Henrik Knarborg Larsen has performed as a soloist and chamber-musician all over Scandinavia, Europe, USA and Asia. He is Head of Percussion at the Royal Academy of Music Aarhus/Aalborg, where he has re-build the percussion education, based on modern principles that encompass interpretation theory, practice strategy and body and mind awareness inspired by the Japanese martial art Ki-Aikido.
He has taught students about his principles at masterclasses around the world, including famous institutions such as Juilliard School of Music New York, Sibelius Academy Finland and Conservatorium van Amsterdam.
Please visit www.knarborg.com/ for more info.

Snöleoparden is a living enigma hailing from Århus, Denmark. Besides being a good friend of Nebula, he has performed in most places of the world, and continues to push boundaries as a curious, original and most empathetic musician and artist. Recording and releasing music with the likes of Kresten Osgood, Prins Nitram og Pauline Lumholt, he has never been a fan of stagnation, which we can only respect and admire.
Please visit rumprecordings.bandcamp.com/album/sn-leoparden to check out his beautiful debut album.

Tobias Holmbeck is an integrated part of the gritty, forward-thinking musical scene of Århus, both as a guitarist for Narcosatanicos and as a visual artist. Who doesn't remember the iconic artwork posters for the venue TAPE - that was him. And we are very excited to have him behind our blending artwork

This is happening with support from Musikpuljen at Aarhus Municipality and Kirsten & Gunnar Fonden.... See MoreSee Less

We use cookies on our website to give you the most relevant experience by remembering your preferences and repeat visits. By clicking “Accept All”, you consent to the use of ALL the cookies. However, you may visit "Cookie Settings" to provide a controlled consent.
Accept necessaryCookie SettingsAccept All
Manage consent

This website uses cookies to improve your experience while you navigate through the website. Out of these, the cookies that are categorized as necessary are stored on your browser as they are essential for the working of basic functionalities of the website. We also use third-party cookies that help us analyze and understand how you use this website. These cookies will be stored in your browser only with your consent. You also have the option to opt-out of these cookies. But opting out of some of these cookies may affect your browsing experience.
Necessary Always Enabled
Necessary cookies are absolutely essential for the website to function properly. These cookies ensure basic functionalities and security features of the website, anonymously.
Functional
Functional cookies help to perform certain functionalities like sharing the content of the website on social media platforms, collect feedbacks, and other third-party features.
Performance
Performance cookies are used to understand and analyze the key performance indexes of the website which helps in delivering a better user experience for the visitors.
Analytics
Analytical cookies are used to understand how visitors interact with the website. These cookies help provide information on metrics the number of visitors, bounce rate, traffic source, etc.
Advertisement
Advertisement cookies are used to provide visitors with relevant ads and marketing campaigns. These cookies track visitors across websites and collect information to provide customized ads.
Others
Other uncategorized cookies are those that are being analyzed and have not been classified into a category as yet.
SAVE & ACCEPT 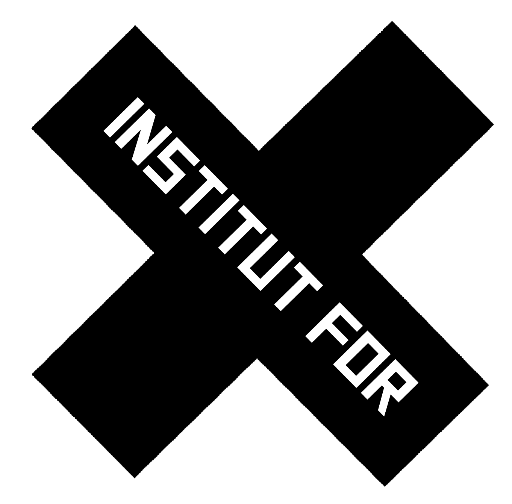